A new local pressure group has sprung up in response to the rise in green sites being developed locally, and the number of potential sites being discussed by developers. I seem to recall we were talking about things like this a few years back but as always it never generates the appropriate level of outrage until sites start being fenced off and dug up. Not that there are any sour grapes or "I told you so", in fact we welcome the fact that people are now getting angry about all of this. 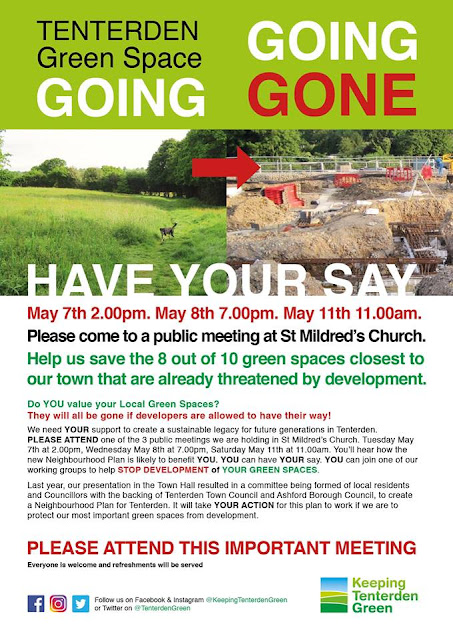 Posted by Jeff Hickmott at 12:56 PM No comments:

We have an opportunity to screen this film in Tenterden so we feel it is only right we try to find out how many people would come to a screening before we try to find a venue. Here's the trailer:

How many people would be interested in coming to a screening of this film? Comment below please, share this blog, talk to your friends about it, tweet and retweet about it. This is too important of a film to ignore.
Posted by Jeff Hickmott at 7:39 PM No comments: 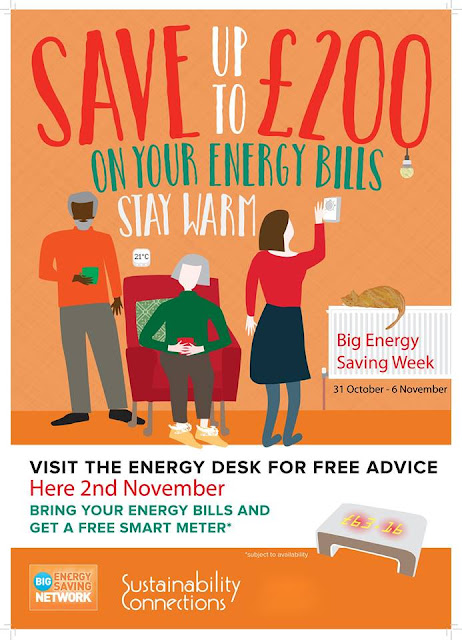 Our friend Stephanie Karpetas, a social entrepreneur who works on community energy programmes throughout Kent, will be running a free energy bill checking service at

Bring your bills and take some action during #Bigenergysavingweek. She'll be there for following three Wednesdays, too. Let's see how much money she can keep in your pocket!

Posted by Jeff Hickmott at 3:19 PM No comments: 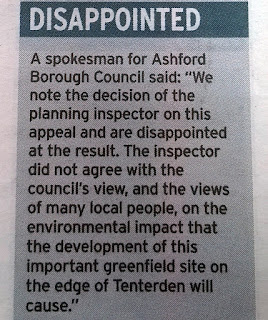 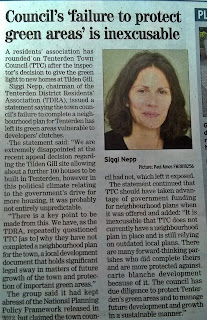 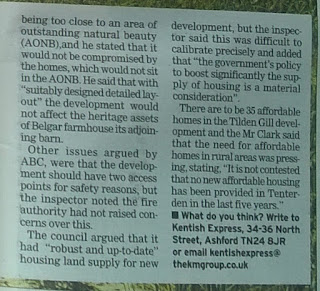 Posted by Jeff Hickmott at 8:25 AM No comments:

We had a pretty good turnout and some decent weather for Clean Up Tenterden Day yesterday. About 30 people in total came out and volunteered their time for a good cause - namely, to rid Tenterden and St. Michaels of a bunch of its litter. They did that very well indeed - there was a total of 26 bags of rubbish at the end of it all. The event was a collaboration between T3 and Tenterden Town Council, and the Council was represented by Cllrs. Ken Mulholland (who was also representing the St. Michaels Village Committee), Sue Ferguson, Justin Nelson and Nic Gooch. We also had a contingent from the Rotary Club and a team from NatWest Bank. Well done to all who participated!

As usual during sorting we happened upon some unusual items of litter. Here are some of them. 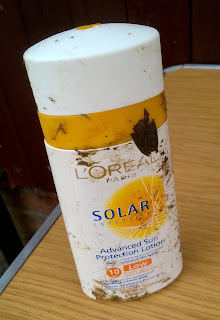 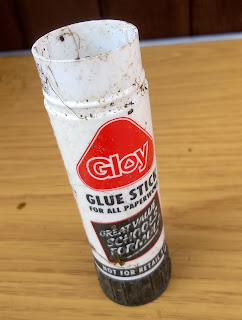 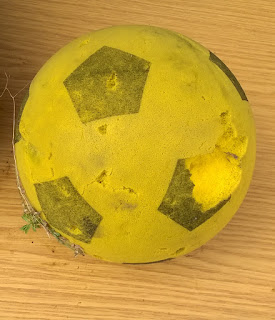 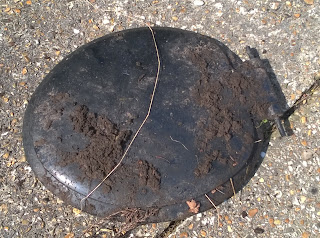 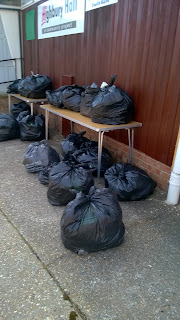 We'll see you all next time!
Posted by Jeff Hickmott at 1:32 PM No comments:

Here's an update from my friend S J Beecham about the public inquiry taking place in Ashford right now. All I can say is, if you CAN make it there, even for an hour, please do try. The planning Inspectors will note that.

The public inquiry started today and will run until Thursday, possibly Friday. The inspector has made one visit to the site and may make another.

I was disappointed in the turn-out - I know a lot of people are against this, and I know it's a workday, it's in Ashford etc. etc. but a public presence does matter, and the inspector will note it. You don't have to be there at 9:30, or stay for the whole day, but it would be helpful to put in an appearance.

The appellant has requested that access be a "reserved matter" (i.e. no decision made until outline planning stage) but the inspector has pointed out that he will read all documentation and take everything into account - he will decide whether it will be reserved or not later.

The inspector also said that, when it comes to housing supply, he does not want arguments based on exact numbers (as these can and do change, often frequently) but is more interested in understanding the robustness of the housing supply situation in the borough.

The appellant's case so far seems to be:
- Insufficient 5-year housing supply in Ashford borough;
- TENT1 was allocated and the proposed site is similar land, so that should pass too;
- Other access can be provided (no details given so far);
- Council's refusal was "confused and incoherent";
- Wants to rely on other cases on other sites as the core documents provided in this case are "untested";
- No borough local plan;
- Ashford not delivering social housing;
- NPPF (National Planning Policy Framework) doesn't put a cap on maximum housing - so even if Ashford does have enough housing, and is delivering it, it doesn't mean developers can't build more;
- Enough mitigation can be made such that the development won't harm the surrounding area, including the AONB
- Proposed site currently so degraded that it's of no value for agriculture, amenity, or as a setting for Belgar farmstead.

Council's rebuttal so far:
- Lack of access renders whole project undeliverable;
- 5-year plan more than sufficient - appellant is basing argument on old figures;
- Proposed development is contrary to planning policies already in place, and is unsustainable;
- Proposed level of growth for Ashford is significantly different from the rural areas of the borough (hence cannot be used to support that level of growth in Tenterden);
- Council on TENT1 allocation warned that it should not be used to justify further piecemeal development;
- Site is neither urban, nor urban fringe, so development would adversely affect listed buildings and AONB;
- Re: "incoherency", lack of clarity had not been raised before today (and subsequent evidence suggested there was no misunderstanding)

So far, landscape architect Helen Neve and environmental/conservation architect Allan Cox (representing the Council) have been called to give evidence. Ms Neve was also subject to a cross-examination of well over 2 hours. I'm not going to to precis that, but feel free to message me if you want more details. The gist is the appellant sees the land as having no value other than to build on - some of the claims they've made so far have been beyond ridiculous all the way into outrageous. We've only heard some of those in passing, more info will be supplied tomorrow. "Clutching at straws" springs to mind, but that's perhaps not surprising as there's apparently more than I realised riding on this. This is apparently being viewed by developers in the region as a test case. If they can get this passed - on good farmland, with no access, with listed buildings on site, adjacent to an AONB and ancient woodland, and nobody but the landowner wants it - they can get anything passed, and it opens the door for unrestricted building in sensitive rural areas.

It's a 9:30am start tomorrow at the Civic Centre in Ashford, and is expected to run late. Anyone can attend. Parking is in the Stour Centre carpark (£10 for the day) or in Ashford Station B across the road (which I think is £6.90). A lawyer will speak tomorrow for the residents' association. Once all evidence is given and cross-examinations done, you may be able to speak if you want to so long as you ok this with the inspector beforehand (it looks like time will run very tight).
sjbeecham


Posted by Jeff Hickmott at 9:57 AM No comments:

This is the post that would have gotten posted yesterday had it not been for the over-zealous phishing software at Google that caused my T3 blog to be locked, pending deletion yesterday. Google did apologise for their transgression, which is nice. So, anyway...

We at T£ would like to invite you all to come on down to our semi-annual Clean Up Tenterden litter pick, on April 3rd at Highbury Hall. As usual we'll be gathering at 11am and sending you all off to different areas of the town (you can choose where you want to go) so you can pick up rubbish, bring it back so we can sort it, and then it'll be collected for disposal/recycling the following day.

We had a good turnout last time, but let's see if we can make it even bigger and better this time! The trash has been piling up all winter and there's not too much foliage to hide it yet, so we should get a good pile.

Oh, and tell your friends, get them to come along - it's much more fun in a group! 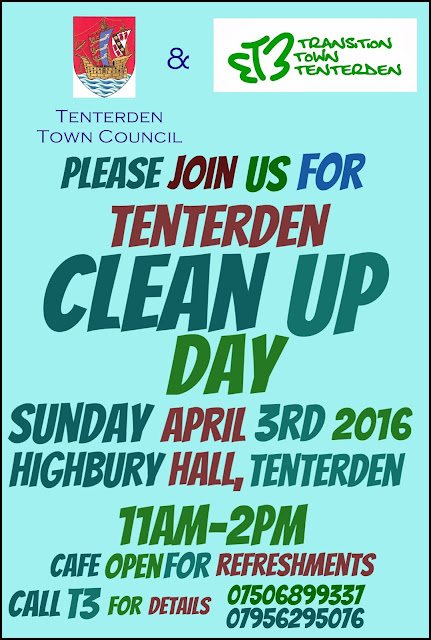 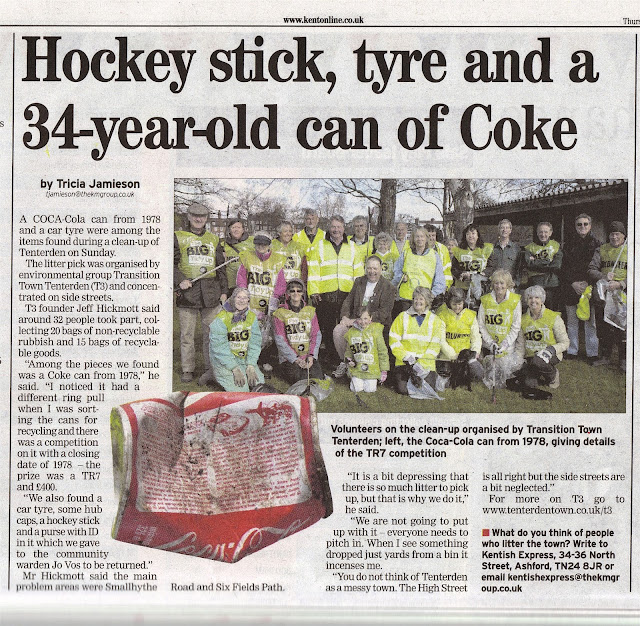 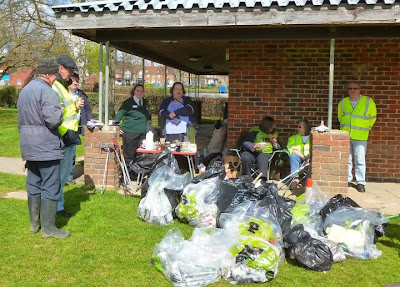 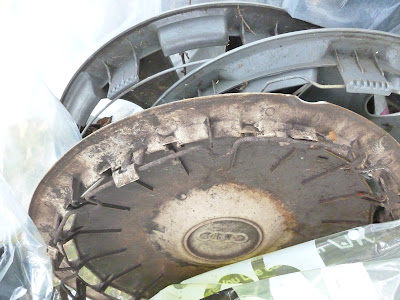 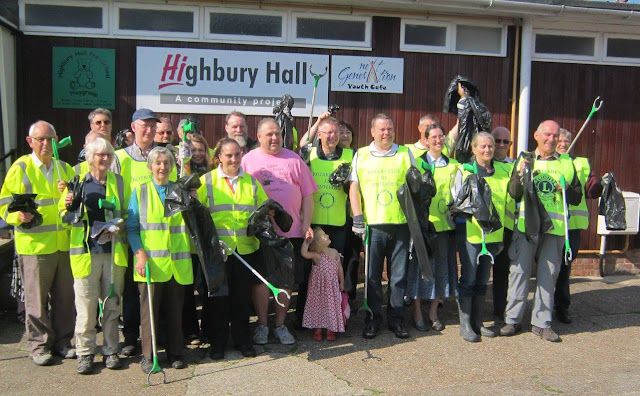 Posted by Jeff Hickmott at 10:40 AM No comments: